Not getting the bang for their credit. More and more people are going to college than ever before, but that doesn’t necessarily translate into earning growth. 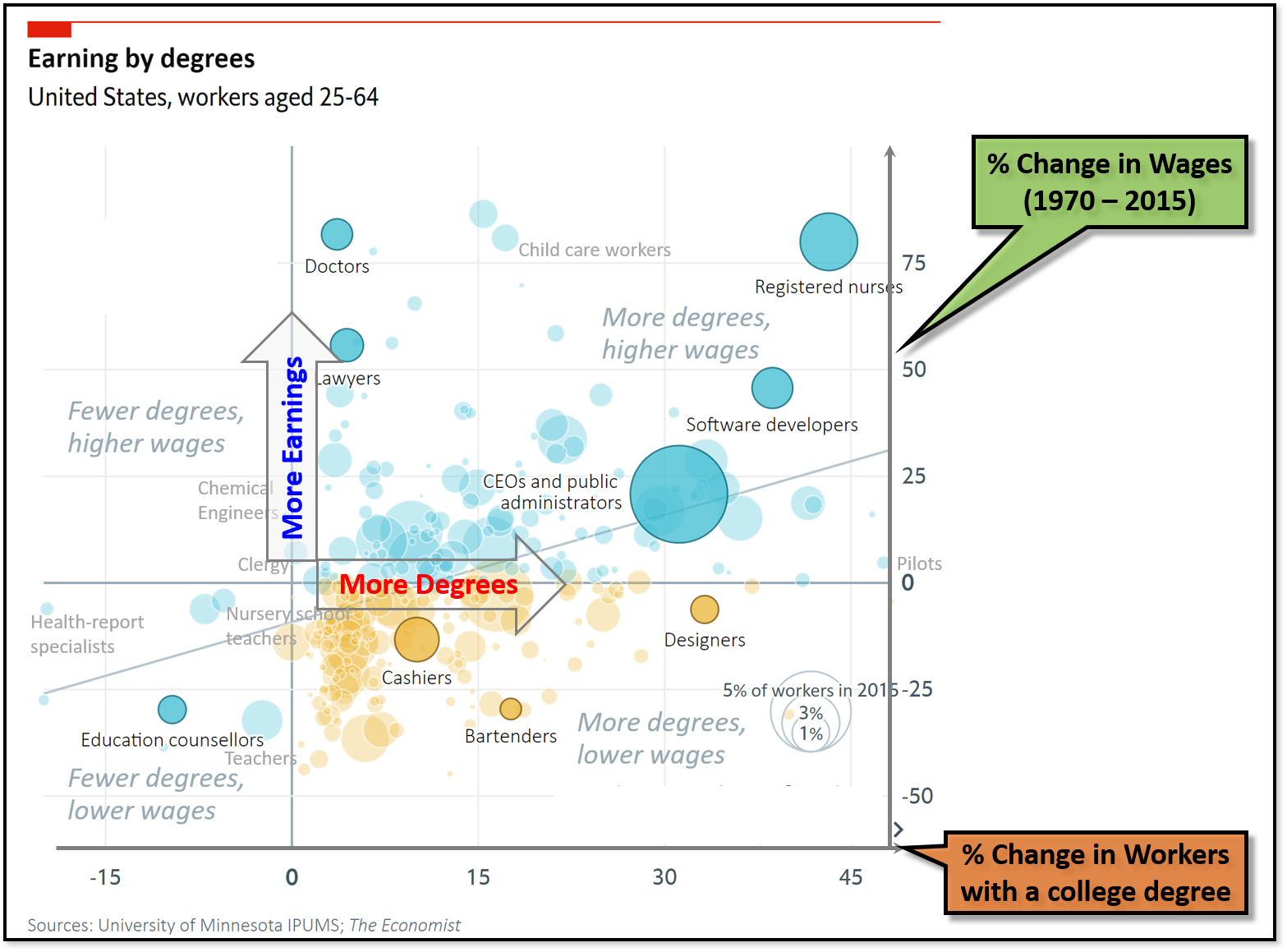 Does college degree help in earning higher salaries? This data from The Economist highlights the extent of over-education in US and other developed countries. Between 1970 and 2015, the number of college degree holders in US has almost doubled to 48%. As society grows in complexity and technology becomes ubiquitous, one would be inclined to support the need for more college graduates. That is not necessarily true. 60% of waiters today have a degree, despite requiring none for the job.

Looking at the chart above that compares earning growth versus percentage of degree holders in various professions, there is barely any correlation. Out of the 265 jobs tracked, 256 have seen a positive growth in workforce with college degrees. However, very few have seen earning growth in last 45 years. In fact, the highest growth in earning is for doctors and lawyers but the share of degree holders in these professions has barely budged. People performing complex tasks, e.g., executives and software engineers, are the only ones to see any considerable correlation between their earning growth and requirement for a college degree.

Don’t expect the trend to change anytime soon despite rising cost of education. Countries like South Korea have almost 70% of the workforce with a college degree. As everyone heads to college, the biggest losers might be those not having a degree even if their jobs don’t require one. Talk of peer pressure!

Source: Going to university is more important than ever for young people, The Economist Jan 3rd-9th 2018