Race against time. The most expensive working group lost the most jobs in 2010-2016. 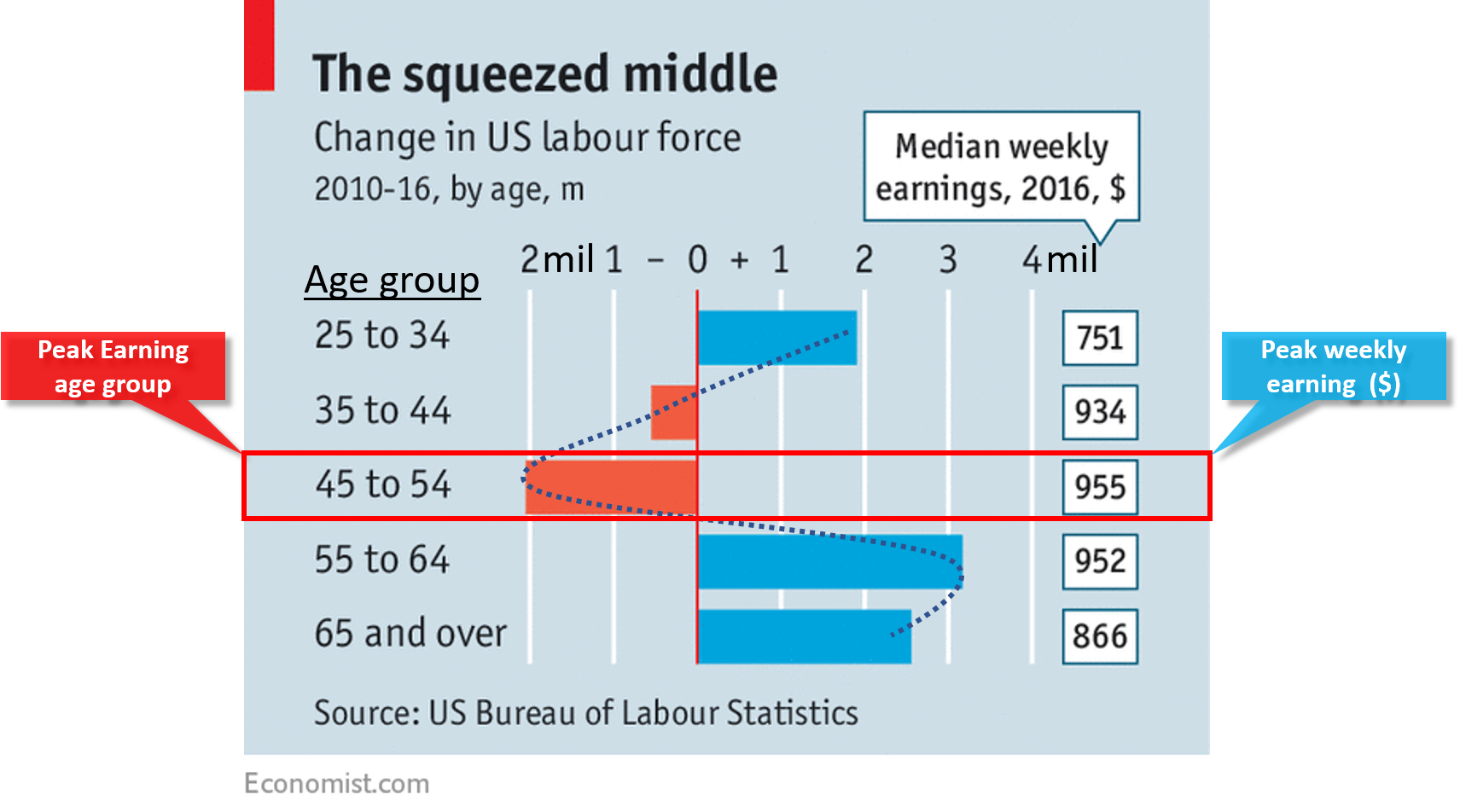 (Click on the image to enlarge) Over the past 7 years, 45-54-year age-group lost more job than any other age group. This is the age when an employee’s earnings peak. Source for this chart: The Economist.

Although unemployment is historic low, even the president of United States doesn’t believe in those numbers. There is some truth to it: wages are not rising although there is a very tight supply of workforce. One should expect the wage growth to go back to 3.5%, the rate before recession, but it’s stuck at 2.5% and that’s very puzzling to economists. The latest trend is to blame baby-boomer. The theory goes like this: Baby-boomers started retiring around 2007. The younger workers filling those experienced and higher paying jobs are not paid as much as the baby-boomers. At least in the short terms. And since lots of those high paying baby boomers with higher income left the work force, that resulted in even more shrinking in the the higher paying age-group, and thus lower wage growth. And since those workers are no longer actively looking for jobs, they do not show up in the unemployment calculation.

In general, because experienced workers are most expensive, there is always a strong incentive to cut this part of the personnel cost. In fact, layoffs are so common across the US that there is a dedicated website called www.thelayoff.com with over 700k visitors each month. The most recent high profile layoffs were in the tech sector with Intel, AT&T, Microsoft & IBM leading the pack. And if you feel frustrated, this is a good place to blow the steam with the like minded colleagues (and apparently it’s all unanimous!).